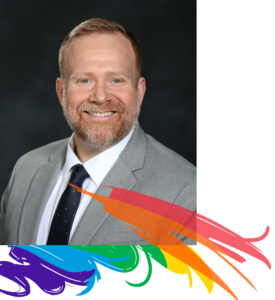 George Froehle PA-C, AAHIVS (he/him) is the current LGBTQ+ Health Lead for CentraCare. He has created a state-wide TelePrEP program for Minnesotans to access PrEP/STI care remotely. He is also the lead hepatitis C expedited cure provider for CentraCare. Previously, he worked with Peter Shalit MD, PhD, in Seattle, WA doing HIV primary care, PrEP, and HIV research. He was a study coordinator at the University of Washington’s HIV Prevention/Vaccine Trials Units, a community organizer at Seattle’s Gay City Health Project, and worked at Mount Sinai’s Institute of Advanced Medicine and Center for Transgender Medicine and Surgery in NYC. He is also the past president of the New Zealand Physician Assistant Society and currently sits on the Minnesota Academy of Physician Assistants Board of Directors and the LGBTQ PA Caucus.

Background: George grew up in St. Joseph, MN, and attended Apollo High School. He received an undergraduate degree in Rural Sociology with certificates in Global Studies and African Studies from the University of Wisconsin. He co-founded Sex Out Loud, a student group promoting sexual health & pleasure at the University of Wisconsin. While at Madison, he also studied abroad in South Africa and volunteered at an HIV orphanage. He also worked as a summer camp counselor in Willow River, MN, for children impacted by HIV.

As a PA, George worked with Dr. Peter Shalit doing HIV primary care in a private practice setting. He then moved to New Zealand for two years to help pioneer the PA profession in their health care system. He then returned to Seattle for a few years work with Dr. Shalit before accepting a position at Mount Sinai’s Institute for Advanced Medicine and Center for Transgender Medicine and Surgery in New York City.

He is now back in the St. Cloud area to be closer to his family.

Side note: George also helped form the Seattle Quake Rugby Club. This club is an inclusive rugby club focused on bring rugby to gay/bi men and people of color. He played rugby for the Quake for 15 years and represented Seattle in multiple national and international tournaments.

George chose to become a physician assistant while working at the HIV Prevention/Vaccine trails Unit in Seattle. He worked with several excellent PAs on various research studies and felt this profession would be a good fit for him. PAs are medical professionals who diagnosis, order and interpret medical tests and imaging, and provide treatment. The PA profession is a good option for someone like George who had worked in medicine for most of their careers and now want to make a transition into a provider role.

George hopes he’s making a positive impact on our LGBTQ+ community by bringing his expertise in LGBTQ+ medicine to our region. He also believes strongly in celebrating our community’s diversity.

George’s advice for others is to be open to new experiences and focus on learning from each trial and tribulation. Find the thing that provides you with satisfaction and fulfillment, whether that’s friendships, hobbies, or a career, and create community around that passion.